Gender-based violence (GBV) is a social issue affecting the greater South African population. In fact, in 2020 GBV is being recognised as being a global pandemic, alongside Covid-19, because of its far reaching and deadly impact. Thousands of women and children in South Africa are traumatized and or killed daily. Where does it start? Poverty? Substance abuse? Intergenerational cycles? Inequality? Changing gender roles? A patriarchal society? A country with a history of relentless violence? Whilst research both nationally and internationally indicates that all of these elements may be linked to GBV in South Africa and globally, few recognize the pivotal role that language plays in this pandemic. 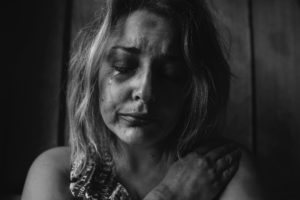 Language is used to communicate our thoughts, feelings, processes and our stories and consequently has immense power. Think about the significance of sayings like ‘boys will be boys’, ‘n klap op sy tyd’ and even the term ‘violence against women and children’. This language has the power to excuse violent behaviour and makes us accepting of the behaviour. It shifts the responsibility from perpetrators and focuses on the victims. Language has the power to change mind-sets, and consequently behaviour, but it also has the power to justify behaviour. Language can shift the focus onto our women and children whilst moving the focus away from the perpetrator – usually men. Each one of us is guilty of doing this. It is how we have been raised and this way of thinking has been ingrained into our psyche. Some of us even speak about GBV as if it only affects a few members of society or only certain communities. However, it is a social evil affecting every single South African whether it is directly or indirectly.

We hear about how many women are raped daily in South Africa. How many children were killed in 2020? The focus is always on the victims, not the perpetrators. We talk about these acts being executed onto the victims, instead of talking about who inflicted the behaviour. What we should be doing instead, is moving the focus onto those inflicting these horrendous acts of violence. Let’s start talking about those who abuse vulnerable groups of people, those who impose their power through rape, and those who murder our loved ones. This kind of empowerment through language is imperative for how we see ourselves, in a society that is still very male dominated. 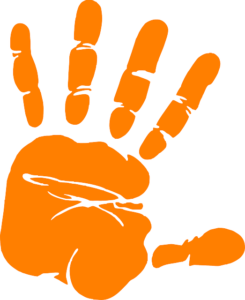 Dr Jackson Katz (2016) has highlighted the role that language plays in making GBV a women’s issue rather than a men’s issue. When this occurs, men have the opportunity to not pay attention. They are able to shy away from taking responsibility and being accountable. Men should start using the influence of their language more. Whilst we may speak about men being perpetrators or possible offenders, we should also be speaking about them being empowered bystanders who have the ability to influence the behaviour of their peers. Instead of looking away when a woman or child is being physically, emotionally, verbally or sexually abused, use your language. Do not remain silent. Make your voice heard. We recognize that GBV affects women, children and yes, men in South Africa, however, the heart-breaking reality is that this pandemic predominantly affects our beautiful women and children, and men are usually the perpetrators.

The use of propaganda is known to be effective in changing the mind-sets of people. It uses language to encourage powerful emotions and people usually behave according to these emotions. Look at the effect that propaganda had during Apartheid in South Africa. Messages of hate were ingrained into the minds of white South Africans to cause violence. If you think that marches and awareness of GBV are a waste of time, then think about the role that propaganda has played in our country. If people could persistently use their words to develop feelings of hate, then we can use our words to develop feelings of love. In the words of Nelson Mandela, “People must learn to hate, and if they can learn to hate, they can be taught to love, for love comes more naturally to the human heart than its opposite.”

Whilst changing the language we use cannot eradicate GBV in South Africa, it can slowly change our mind-sets of what is viewed as acceptable and unacceptable behaviour. It can change the way we view gender and the roles associated with gender. It can encourage us to question behaviours that have become the norm in our communities. Furthermore, it can move the focus and responsibility onto the perpetrators and away from our victims. Whilst we should never forget our victims and the experiences they have endured, we should use our voice and our written words to emphasize the intolerable behaviour of perpetrators. By consciously changing our language, we can in time dismantle the cycle of gender-based violence.