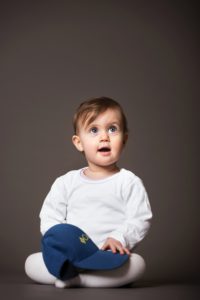 Liam is a one-year-old little boy with curly blonde hair and eyes as blue as the ocean. The resemblance between him and his father is uncanny. Whilst many relatives or friends of the family often comment on the resemblance, Liam does not know his father. His parents would fight continually and they eventually separated before Liam was even born. This little boy has never been held in the arms of his father. He has never been thrown into the air or played ball with his father. He doesn’t have a relationship with his paternal grandparents – who so long to be part of his life. His mother has hindered a relationship developing with his father and grandparents because she is still angry.

Liam has the whole world ahead of him. The potential to become a doctor, a lawyer, a teacher. His father wants to be part of this journey. Badisa Trio became involved with Liam and his father and want to assist in building the relationship between them. This will take time. Liam doesn’t know his father and doesn’t trust him. For this reason, it is necessary to involve a therapist who can assist with this process.

The costs are R3500 for two weekly sessions with a therapist for two months.

Use the reference: Liam01