Logan and Roger’s Journey Back Home 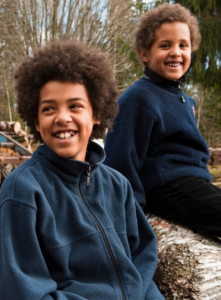 Logan (10) and Roger (6) are brothers who have a very good relationship with each other. They enjoy playing cards together and Logan is quite protective over his younger brother. The boys have different fathers and neither of them is involved with their children. Whilst Logan’s father recognizes that he has a son, he has not been actively involved in his son’s life and Roger’s father has denied him as his child.

Logan and Roger’s mother was unemployed and had no income, she abused drugs and alcohol, and she moved around regularly. Due to her circumstances and lifestyle, the children were exposed to adverse conditions and were severely neglected. They were not attending school regularly, they were not washed or fed regularly and were also exposed to their mother being under the influence of drugs and alcohol. Logan therefore often needed to take on the parenting role for both his younger brother and his mother.

Over the past three years, the biological mother has been working hard in receiving support to manage the various issues that were present in her life. She has been sober for almost 3 years and is working hard to maintain her sobriety. Whilst she does not have a stable place to reside, she is currently employed, and the children have been visiting her over weekends and have enjoyed the visits thoroughly. It is also evident that the contact between the children and their mother is good for their emotional well-being. They love spending time with her regardless of her living a minimalist lifestyle. Their faces light up when they speak about their mother and the possibility of being placed back into her care.

This is not a photo of the actual children, the photo was sourced from Canva.com